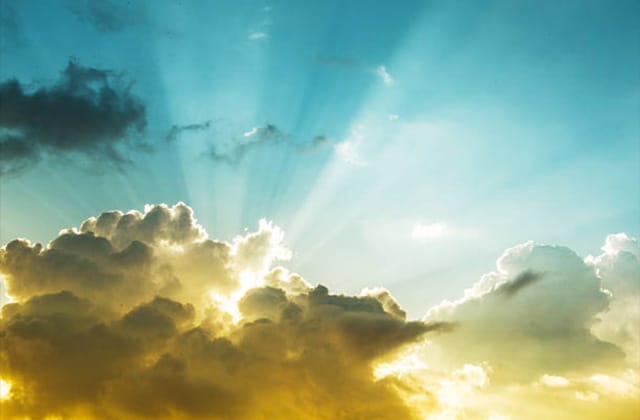 My testimony begins on April 9, 1990. My husband and I arrived at Royal Oak Beaumont Hospital at about 12:30am in preparation for the birth of our first gift from the Lord, Grace Allyssa Howard.

Up until that day, I had thought that I was a Christian. I went to church every Sunday and didn't really think I was a really big sinner. I was running a home daycare out of our townhouse and enjoyed the life I had with my husband of just one year. When I was about 8½ months pregnant, a woman called me to inquire if I had any room for her children in my daycare. Her daycare was closing and she needed daycare immediately. I explained to her that I was at capacity and that I would not be able to take her children. She gave me the number of one of the caregivers that worked at her daycare and urged me to call her if I ever needed an extra worker. I took that phone number but already had two caregivers helping me, so I didn't really consider hiring her.

As my due date got closer, the idea of hiring someone on a part-time basis seemed more and more appealing. I found the phone number this woman had given me and called the young lady. She came over and we sat and talked for a short period. She seemed very sweet and I could tell that she loved children, so I hired her on the spot. I want to emphasize that we never discussed Christianity; I was not running a Christian daycare at the time, so the thought of talking about our Christianity never crossed my mind. I also want to emphasize that I did not advertise for this caregiver!

Kelly Mead started work on April 9th. While she was at my house, I was at Royal Oak Beaumont giving birth to our precious little daughter. Labor and delivery went along fine, but after Gracie's umbilical cord was cut, her breathing labored and 63 minutes later, she went to live in the home Christ had prepared for her in Heaven.

As I said earlier, up to this point, I thought I was a Christian. The Lord tenderly taught me that He wanted so much more from me. He wanted to be my friend and my God, my shepherd, my counselor, my guide, and much much much more.

My husband and I went to Bay City for Gracie's funeral. I felt so many different feelings…at her funeral, the organist played “Amazing Grace”. As I tried to sing the words, my heart was already changing. “Amazing Grace, how sweet the sound…I once was lost, but now I'm found…'twas Grace that led us home.” God truly used our little Grace to lead us home, and I am so very, very thankful that He loved us enough to bring us into a relationship with Him. My life has been forever changed.

A few weeks after the funeral, I was at my parents' house by myself. I was lying on the couch and I was so very sad. I remember closing my eyes and thinking… “My Gracie needs me. Who is taking care of her?” At that moment I had a vision from God. It was not a dream and it is as clear today as it was years ago. The Lord showed me a glimpse of Heaven…the Lord was waltzing with Gracie…He was holding her up near his shoulder and they were slowly dancing…the Lord said, “Gracie is fine, but there are people on earth who need you.” At that moment the doorbell rang. I answered to find a delivery boy with a beautiful arrangement of flowers with a note from my husband saying that he loved me.

I left Bay City without telling anyone about this vision. I was worried that people would think I was crazy! I went back to work at the daycare in my townhouse. Another week went by and I still didn't tell anyone about the vision. One day I was standing in my kitchen and I was listening as Kelly and Willa were singing Old McDonald to the children. As I listened to their sweet little voices, the Holy Spirit clearly told me that that was what Gracie was doing. She was worshipping Christ in Heaven with beautiful songs! The Holy Spirit revealed to me that I should open a Christian Day Care and name it Grace Christian Learning Center. Within seconds, Kelly walked upstairs with the children to take them outside.

Kelly grabbed her windbreaker and headed outside with the children. I watched her from the window and as she put on her jacket, I was amazed as I read the words “Jesus is Lord” on the back of her jacket! What an awesome confirmation that the Lord gave me, and so quickly. I was very excited, but again, I was really nervous to tell anyone. I didn't think people would believe me. A couple of days later I very nervously told Kelly. She told me all about her relationship with God. She was, and still is, a very strong Christian, a leader in her church, and she was working on her education degree and hoped to work with children in a Christian environment.

Think about it…I did not advertise for Kelly. The Lord is so perfect! He knew that I would need someone strong in faith to guide me and teach me. I am amazed at the way He pays attention to all of the little details of our lives.

Grace Christian Learning Center opened approximately one year later. God opened all the doors and has provided a wonderful staff of caregivers who love Him and want to serve Him.

Going through the death of our daughter was very painful, even as I write this, I still get a little sad. But I can honestly say from the bottom of my heart that if the Lord was standing right here (and He is!) and He gave me the choice of having Gracie here with me or having the relationship I have with Him now, I would go through losing her again.

I have learned that we are here for one reason, and that is to bring glory and honor to our Lord Jesus Christ! In all we say and do, we are to consider Him and if He is pleased with us. I know that I will always be a sinner, it is an everyday battle, but with the Lord at my side, I know that one day I will join in on His dance with little Gracie, and it is my hope that He will be pleased with me.